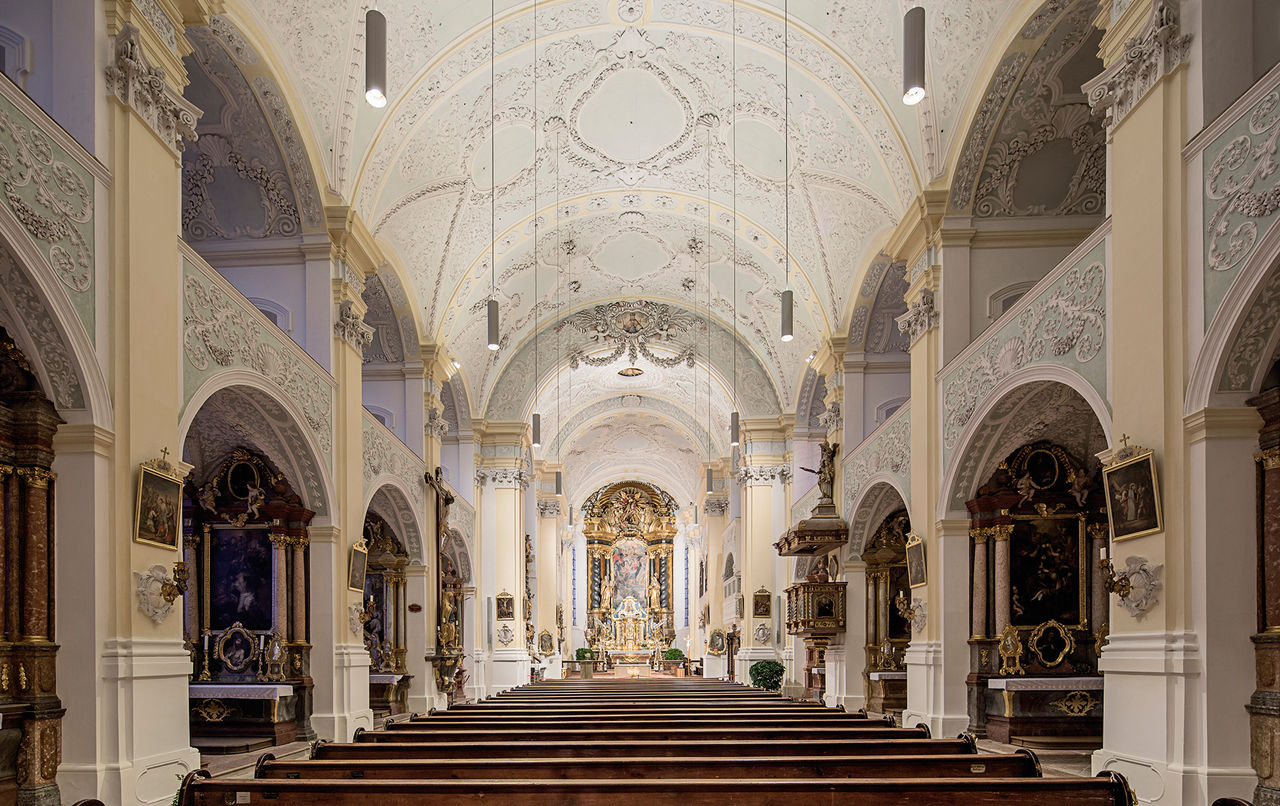 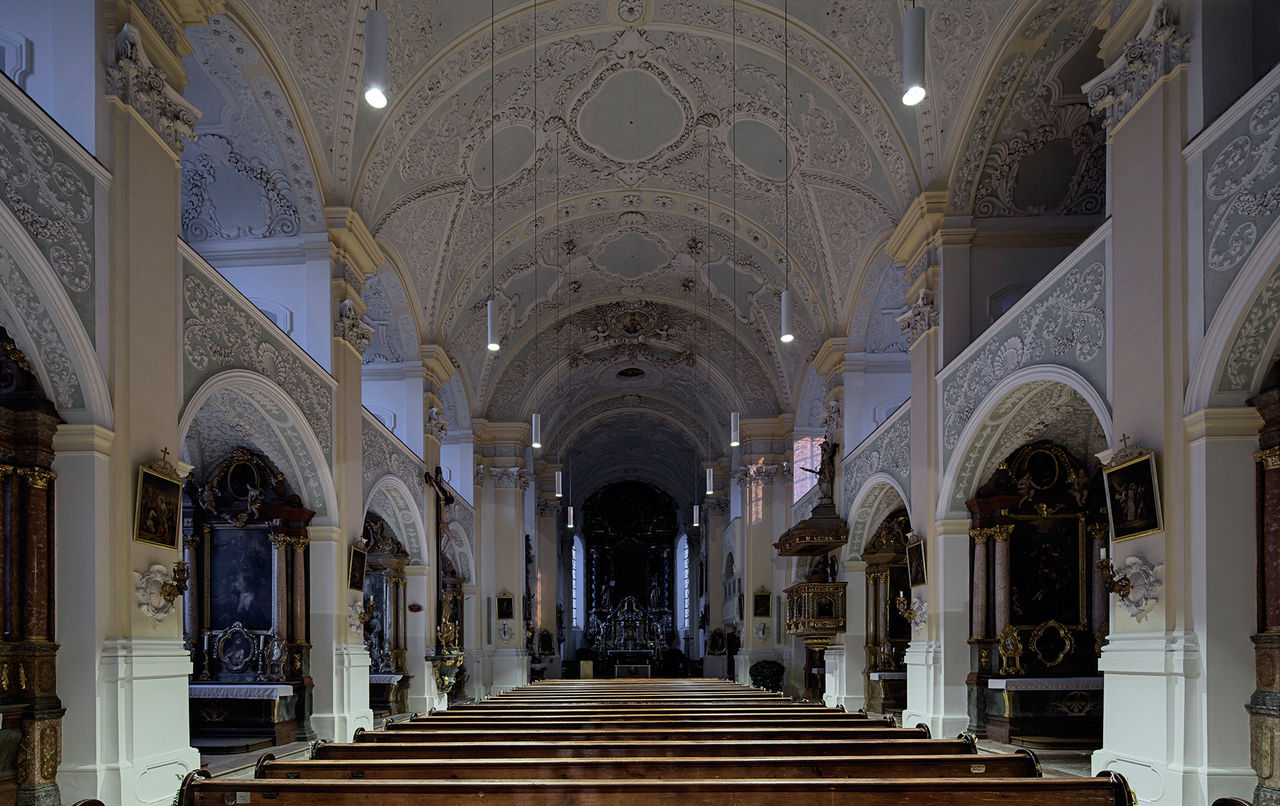 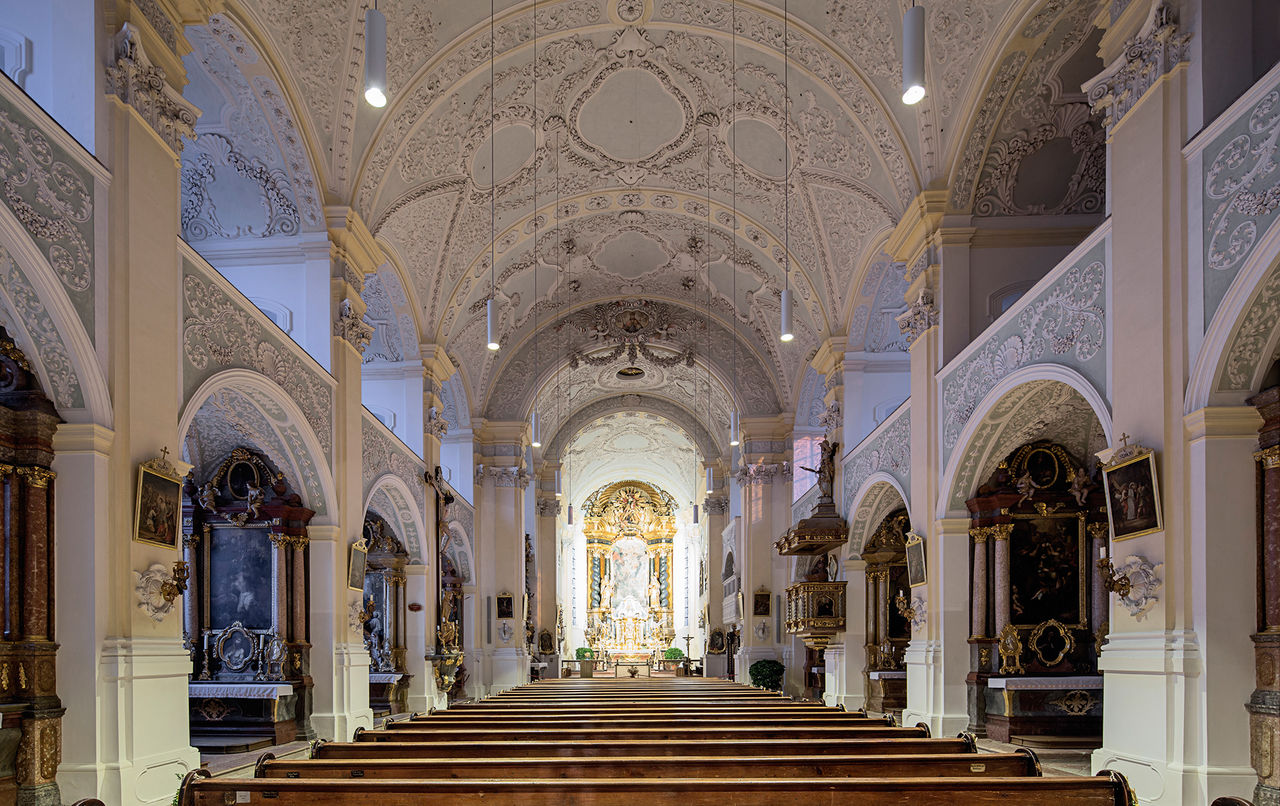 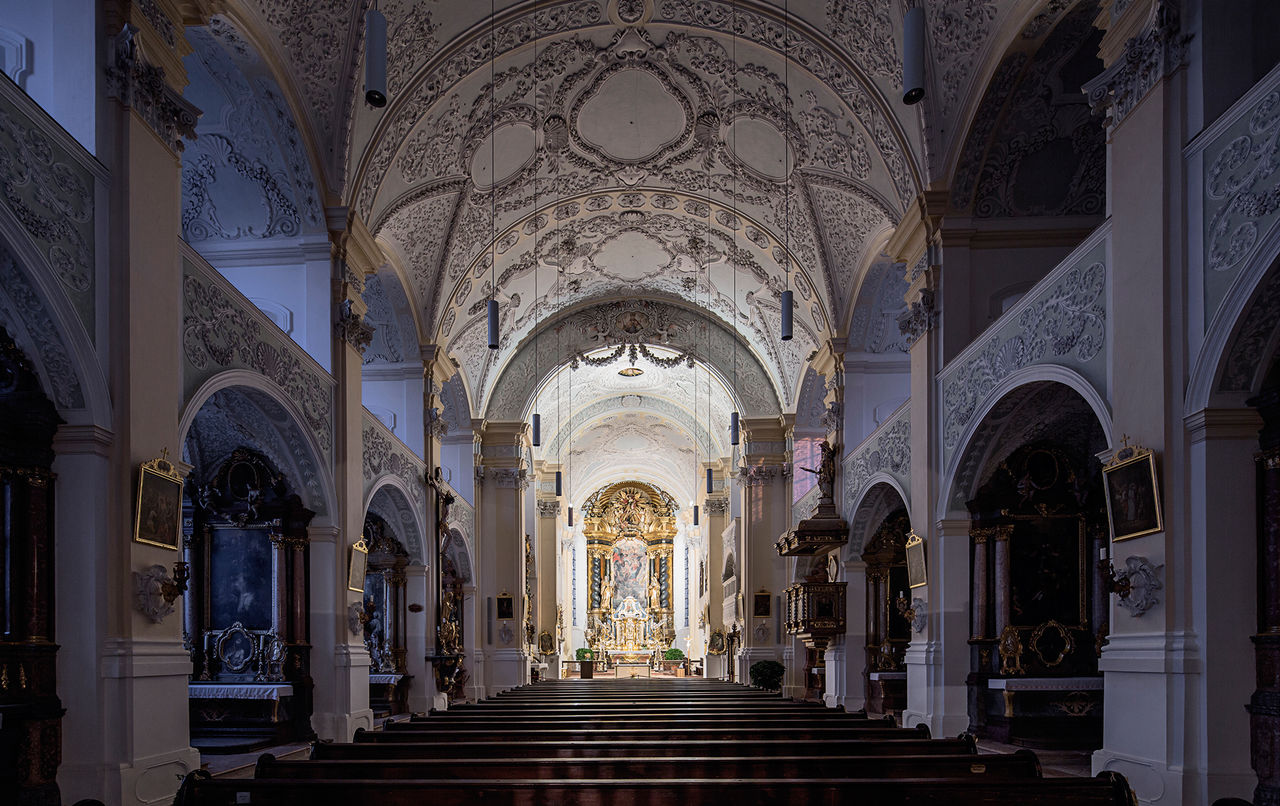 Heritage-protected buildings represent a special challenge for lighting designers and manufacturers. In the case of the monastery church Attel in the Upper Bavarian district of Rosenheim, lighting was supposed to be festive, but at the same time integrate well into the building.

For more than 1,200 years, the former Benedictine monastery church has towered above the town of Wasserburg am Inn. Today, it is the parish church of St. Michael in the Archdiocese of Munich and Freising. Twelve WILA pendant lights in the colour white are now hanging in the main aisle. The pendants’ cords run through the church’s historic vault and are attached to the roof truss. For revision purposes, they can be lowered manually. Moreover, it was important that passive cooling would suffice for the lights, since cooling systems would have caused disturbing noise.

This specialty lighting solution is a LED pendant light with separate direct and indirect light components. The DALI ballast and a lighting control system allow for the implementation of different lighting scenarios.

The lighting effect should be similar to that of candle light, used in churches in the past. It was supposed to be festive with an equilibrated direction of light and modelling, while at the same time not to be too dramatic. Which is why the lighting designer chose a warm white (3000K) for the light colour.

In this case, the two light directing reflectors have a radiating or half-angle of alpha = 60°. The wide angel of refraction creates an overlap of the light beam, allowing for an even illumination of the vault and seating area in the main aisle.

The electronic ballasts were integrated into the lamp at the request of the lighting designer. The finished lamp now measures 150mm in diameter and 600mm in height. The cylinder shaped luminaire is made of an aluminium extruded profile. The two featured Xicato modules for direct and indirect light each have 29 watts and 2,000 lumens.

From the very beginning, Bernd König only considered a state of the art LED solution for the monastery church. The decisive factors were that LEDs require less maintenance, their expected lifetime of up to 50,000 hours, as well as their low use of energy.